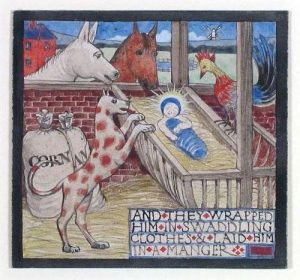 The name “Old Christmas” stems from a piece of legislation introduced before the Parliament in London, England called the Calendar Act of 1751 that came into effect in 1752. Before the calendar was reformed, England celebrated Christmas on January 6th.

Essentially what happened in 1752  was that twelve days were dropped from the then existing calendar (Julian) calendar that was used in England and Ireland and the new  Gregorian calendar (instituted by Pope Gregory XIII), was adopted.

In 1752 purists said that the “real” Christmas Day was not on December 25th, but January 6th, 365 days after the previous Christmas.

In centuries past, Christmas was deemed to start at sunset on Dec 24 and so the 12th night following it was January 5. Nowadays, people count from Dec 25 and so assume Twelfth Night falls on the 6th. 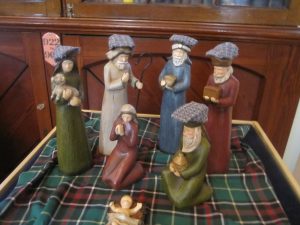 Epiphany – January 6  – is the day when the Church, theologically, marks the arrival of the wise men  – magi – to give their gifts to the baby Jesus: the day when some will add the wise men to their nativity scenes.

In Newfoundland it  was a night to listen and watch. It is said  that at the exact stroke of midnight on Old Christmas Eve, the  farm animals, some kneeling  will start moo-ing and baa-ing and bellowing… not in their normal way, but almost like they were crying. In Newfoundland many children struggled to stay awake to witness the phenomena.  (Sadly they would fall asleep only to hear stories from their parents.) This belief harkens back to the stable in Bethlehem, and to the animals that were present when the Christ Child was revealed to the wise men . 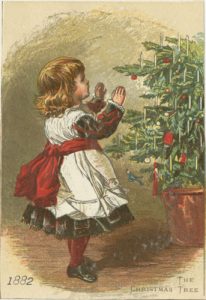 In Newfoundland the tradition is that the Christmas tree should be taken down on Old Christmas Night, because it is bad luck to leave it up after that. In Greespond, Bonavista Bay small gifts were distributed to the children  on Twelfth Night or Epiphany in celebration of the gifts that the wise men brought to the baby Jesus

Also in Newfoundland there is the established tradition of twelfth-cake and twelfth bun and bon fires on Old Christmas Day. These traditions are cited in the Dictionary of Newfoundland English. The stories go that on the

“last night we[‘d] make a pan of sweet buns, twelfth buns, and give ’em to the people. Every house we’d go to we’d give ’em a bun for Twelfth Night.”

It is said that the cake was baked as part of the refreshments offered to the clergy   who would visit homes on the feast of the Epiphany, January 6th, to bless each house in the parish.

The tradition of bonfires in Newfoundland is also supported. The Dictionary of Newfoundland English  reports:

“I have heard my grandmother (born 1835) talk about the ‘Twelfth Cake’, and an old gentleman of about the same age, but living in a different part of the island, told me that he had heard his father say that it was the custom to make twelve small bonfires in the village on Twelfth Night.”

A tradition that had  remained dormant  in Newfoundland  is the Irish tradition of “Nollaig na mBan” or “Women’s Christmas”  this was an old custom that’s still celebrated by women all over Ireland. It goes back to the days when large families were the norm. Men never lifted a finger in the house to help, and were never expected to.  But each year, after the Christmas holiday, tired women finally got a break – for one day, at least. On January 6th, men would take over of the housework, offering women a chance to go out to relax with each other.  It was a tradition that is deeply rooted especially in  Kerry and Cork, home to many of our ancestors. Several informants suggested  that the tradition  was  also observed especially in Western Newfoundland, when the women gathered on Twelfth Night – Old Christmas Day.  Many “new” Irish now living in Newfoundland have also  revived the tradition by gathering on Old Christmas.