Readers of this blog will know by now the sad news that our dear friend Larry has passed away. 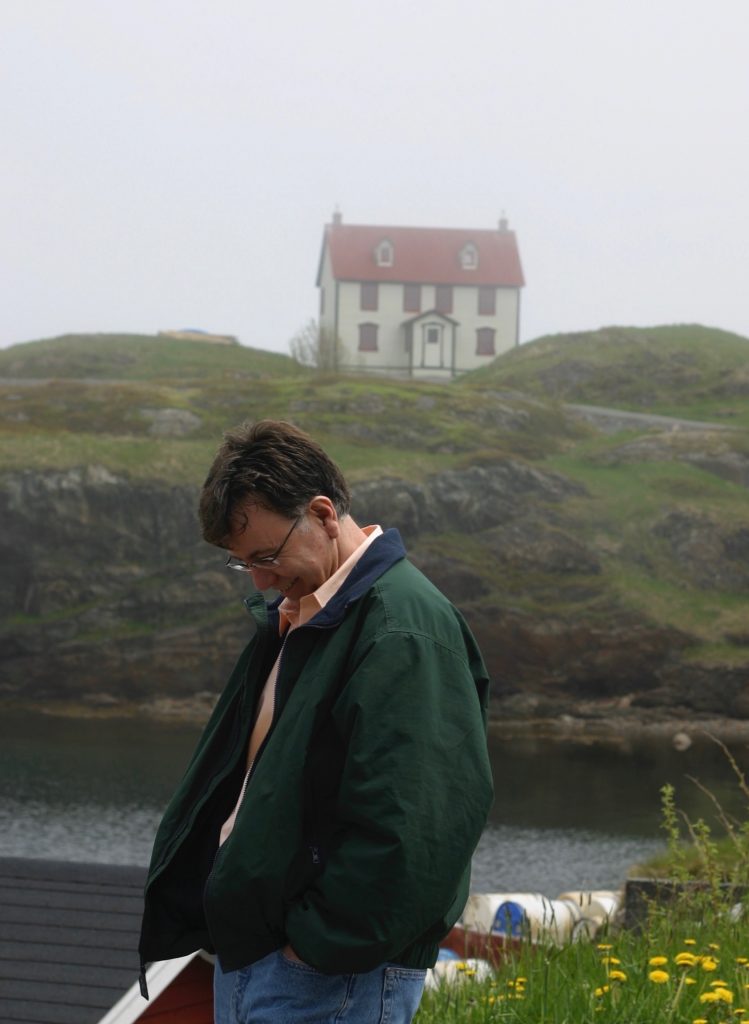 This website had a humble beginning. It started as a simple email that he would send to a bunch of addresses that he’d collected over the years. Larry loved finding new email addresses to add to his address book. Back then there were no websites, no servers, no newsletters, no unsubscribe buttons. Just a personal email every week or two or three with an interesting story from Larry. I would often be surprised to have someone tell me that they get these emails leaving me thinking: “Now how did Larry get that email address?”. He would get calls at his desk at the Archives in the Basilica from people asking to be added to these group emails.

In the Fall of 2011, those group emails grew up to become this website. Larry and I were at The Duke enjoying a drink or two or three, having the same conversation we’d had a hundred times — “I wish there was some way to put all of these Archival Moments out there for everyone”. He’d been writing them and emailing out every week for the past few years and really had no idea who was reading, nor how they were all being received. We later learned that these emails were forwarded far and wide to a huge network of people that far eclipsed his small collection of email addresses.

Before I left The Duke that night, I asked Larry to send me every Archival Moment he had on his computer. I went home and bought the domain name, setup a server and a new website. Bright and early the next day Larry sent me dozens of horrifically formatted Word documents to be added to the site. He had all the old ones he’d sent out, plus a several dozen more that he was actively working on distributing in the coming months. I wrote a quick import script to clean up the formatting issues and with that, Larry was launched.

If memory serves me correctly, our goal was to have 20 Archival Moments cleaned up and published before we spread the word to anyone. As your inboxes can attest, the site has grown considerably since then—there are currently 455 Archival Moments. His audience of a few dozen has grown as well—almost 900 of you receive these via email. In the past month we’ve had almost 8,000 visitors, in the past year almost 140,000. In July, we had our 1,000,000th visitor. The New York Times gets this much traffic every day, but for a small, local site like this one, these are astonishing numbers.

The most popular post on the site is about, of course, a Newfoundlander — James Foster McCoubrey, who was for a time the oldest man in the world. Mr. McCoubrey’s post was read almost 8,000 times back in June of 2013 and 26,000 times since then. Next in popularity was a post about Old Christmas Day, after that, one about a Mysterious Iceberg, one about the Veiled Virgin, and one about the long and hungry month of March. Larry covered everything: from Amelia Earhart, to the Great Fire of 1892, race and shipwrecks, sex, the Titanic, Regatta Roulette, the Olympics, and a proposed international airport in Trepassey(!).

Every year, Larry and I would get together for an official lunch and talk about the site. I’d print out the stats and the popular posts from the last year, Larry would sit and wonder if the traffic numbers were “good” (they certainly were) and if the visitors were all real people or mostly “bots” (his actual word). We called it the Archival Moments Annual General Meeting Luncheon. I was going to schedule this year’s AGM for tomorrow.

Who am I?  I’m just one of the countless people Larry befriended and mentored along the way. My good friend Allan and I had the tremendous fortune of working at the Basilica Archives with Larry in our early 20s as we mapped out what it was we were going to do with our lives and careers. These were certainly my happiest years of work as I was surrounded daily by Larry infectious positivity (not to mention the very long lunches). I can still hear Larry’s kettle click on, come to a boil and click off hour after hour, all day long. He’d finish up a phone call or a meeting and emerge from his office, click down the button on the kettle only to have the phone ring again and draw him back. If not for the phone, Larry would have drowned in tea.

My intention is to continue to host this site, for its importance as a record of knowledge great and small. It will live on as a tiny corner of the internet dedicated to this special island and the man who loved it so dearly.

Larry was a humble and enthusiastic servant to the past and to the people who wanted to learn about it. He leaves behind a hole no one can fill, a sadness we’ll always endure and a joy we’ll always feel. May he rest in peace.