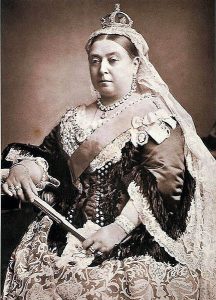 Donald Hawse  of St. Lawrence wrote Queen Elizabeth II when he was 11 years old. He wanted the Queen to know that his father was a First World War veteran but he had no records to prove this. He came to The Rooms sixty years after he wrote that letter. He was determined.

Recommended Exhibit: The First World War had a profound impact on Newfoundland and Labrador. It involved thousands of our people in world-changing events overseas and dramatically altered life at home. Our “Great War” happened in the trenches and on the ocean, in the legislature and in the shops, by firesides and bedsides. This exhibition at The Rooms  shares the thoughts, hopes, fears, and sacrifices of Newfoundlanders and Labradorians who experienced those tumultuous years – through their treasured mementoes, their writings and their memories.

I will sing you home: Youtube video:  ttps://www.youtube.com/watch?v=2JeuCgA0rFIAn initiative of The Rooms in partnership with The Ennis Sisters, Shallaway Youth Choir and CBC.

The Rooms Will Be Closed On Saturday November 11 In Observance Of Remembrance Day.

Queen Elizabeth II ascended to the throne on February 6, 1952, her coronation was held on June 2, 1953. The 16 month span allowed for a mourning period following the death of her father King George VI, and also for preparations for the coronation ceremony held in Westminster Abbey.

Queen Elizabeth, since her accession to the throne in 1952, has made 22 official Royal visits to Canada, usually accompanied by her husband Prince Philip, the Duke of Edinburgh, and sometimes by her children Prince Charles, Princess Anne, Prince Andrew and Prince Edward. Queen Elizabeth has visited every province and territory in Canada.

In Newfoundland the first recognition given to the future Queen occurred in 1933 with the young Princess Elizabeth appearing on a Newfoundland postage stamp. This was the first portrait of the Princess on any postage stamp. Robson Lowe, the philatelist, says “this was for some years one of the most popular stamps in the world”

The Princess Elizabeth, Duchess of Edinburgh, and her husband, The Duke of Edinburgh, made their first appearance in Newfoundland in 1951, on behalf of her ailing father.

In June 1959 the Queen, accompanied by Prince Philip, was welcomed to St. John’s by Prime Minister John  Diefenbaker and Premier J. R. Smallwood the Royal couple crossed the island to Stephenville and detoured through to Labrador.

Other visits included the official visit in 1978 that included her majesty attending the St. John’s Regatta and her most recent visit in 1997 marking the 500th anniversary of John Cabot’s arrival in Newfoundland. Queen Elizabeth and Prince Philip visited St. John’s, Bonavista, North West River, Shetshatshiu, HappyValley and GooseBay.

Other short stop over’s in Newfoundland by the Queen have included.

The designation “Royal” has been given to number of institutions in the province including:

Recommended Archival Collection:  The Rooms Provincial Archives holds a number of small collections that relate to the visit of Queen Elizabeth II to Newfoundland and Labrador.