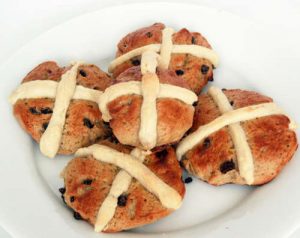 The St. John’s daily newspaper the Evening Telegram in March month ran a column during the sealing season under the banner “Sealing Notes.”  The column was eagerly read by the hundreds of men who were arriving in St. John’s looking for berths on the sealing vessels that were tied up in St. John’s harbour. These men were reading the newspaper column looking to see when and where they had to go to get their ‘ticket’ or ‘sign the articles’ to go to the ice.

“The S.S.  Newfoundland sailed last midnight (March 8) for Wesleyville. Captain Wes Kean went in charge, though it was expected he would have to take command of the Bellaventure owing to the illness of Captain Robert Randell, but the latter is now sufficiently recovered to go to the icefields.”

Wes Kean was headed to the ice fields where he was keeping a look out for the S.S. Stephano under his father, Captain Abram Kean, a veteran sealer. Although the two ships worked for competing firms, the father and son had agreed to alert the other of any seals they spotted by a prearranged signal.

On March 30 the S.S.  Newfoundland found that it was jammed in the ice and could not proceed. Wes Kean ordered his men off the ship the following morning (March 31) He instructed them to walk to the Stephano, believing the sealers would spend the night onboard his father’s steamer after a day of hunting.

The men did not stay on the Stephano, they were ordered to get back on the ice to start scullin.  What resulted was that for two days, 132 sealers were stranded on the ice in blizzard conditions and without adequate shelter. 77 men died on the ice, rescuers found only 69 bodies; the remaining eight had fallen into the water. Most of the survivors lost one or more limbs to frostbite.

Wes Kean went to his bunk thinking that his men were on the Stephano, his father made the assumption that the men had returned to the S.S. Newfoundland.  The two men could not communicate with each other the owner of the S.S. Newfoundland,  A.J. Harvey and Company, had removed the ship’s wireless, the firm was interested in the radio only as a means of improving the hunt’s profitability  and did not view it as a safety device.

If Captain Robert Randell had remained ill, Wes Kean would not have been on the S.S. Newfoundland, he would have been on the sealing vessel the Bellaventure that was equipped with a Marconi wireless operated by George Serrick of Bay Roberts.

On April 4, hundreds of anxious spectators lined the St. John’s waterfront as the Bellaventure steamed through the Narrows carrying the 69 corpses stacked on its deck. The Evening Telegram reported:

“The vision sent a shudder through the crowd,  the bodies had been laid there just as they were brought in from the ice, many of them with limbs contracted and drawn up in postures wh

Recommended Archival Collection: At the Rooms Provincial Archives see GN 121 this collection consists of the evidence taken before the Commission of Enquiry regarding the S.S. Newfoundland. The collection includes the Sealers Crew Agreement and the evidence given by the surviving members of the crew. Evidence entered concerning the loss of the SS Southern Cross is also included on this collection.

Recommended Exhibit:  Death on the Front:  The Sealing Disaster 1914.  March 26 – November 16 – Level 3 Museum Alcove. This small display features artifacts from the Rooms Provincial Museum and archival imagery from The Rooms Provincial Archives connected to these tragedies. One of the artifacts featured is a flag that was once flown on the Southern Cross. The National Film Board’s documentary 54 Hours written by Michael Crummey, using animation, survivor testimony and archival footage will be running as part of the Death at the Front exhibition. You can also view the short film from your own home at https://www.nfb.ca/film/54_hours

Recommended Reading:  PERISHED by Jenny Higgins (2014) offers unique, illustrative look at the 1914 sealing disaster through pull-out facsimile archival documents.  A first for the Newfoundland and Labrador publishing industry, as readers turn the pages of Perished they’ll find maps, log book entries, telegrams, a sealer’s ticket for the SS Newfoundland, and more that can be pulled out and examined.  These are the primary source materials that ignite the imagination of history buffs and students alike and are among more than 200 rarely seen archival photos and documents that illustrate this amazing book. (NEW PUBLICATION)

ich the cold had brought about.”