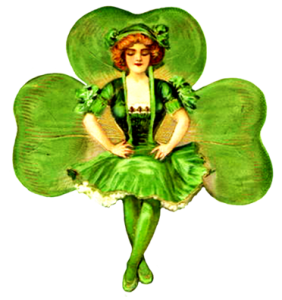 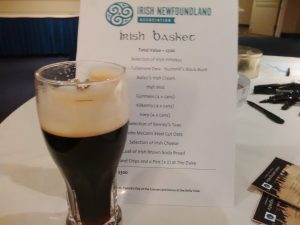 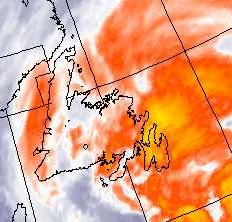 St. Patrick’s Day, falling as it does during the fasting season of Lent has proven to be inconvenient, it has also proven to be a source of theological confusion.

Those who follow the Christian calendar and fast or abstain during the Lenten Season (Wednesday, February 14 and ends on  Thursday March 29)  can relax,  bishops throughout the world, especially in dioceses with large Irish populations have customarily granted a special dispensation from the law of abstinence and fasting on St. Patrick’s Day. In the United States, in the resent past, at least 60 of the nearly 200 dioceses (most with large Irish populations) provide such dispensations.

The Lenten Diet,
The Evening Telegram

E.P. Eagan a competitor of Bishops and Sons at his Duckworth Street and Queens Road stores in St. John’s boasted in his advertising in The Telegram, March 16, 1914   that he carried “Foods that are popular during the Lenten Season.”

It was in this cultural milieu that it would have been difficult to consider a good meal of Irish bacon and cabbage, the traditional St. Patrick’s Day meal without an approving nod from the local bishop.

Irish bacon and cabbage, consists of unsliced back bacon boiled with cabbage and potatoes. Sometimes other vegetables such as turnips, onions and carrots are also added. Historically, this dish was common fare in Irish homes as the ingredients were readily available as many families grew their own vegetables and reared their own pigs. (As it was in Newfoundland.) In the mid-to-late 19th century, Irish immigrants to the United States began substituting corned beef for bacon when making the dish, hence creating corned beef and cabbage.

It is not likely that you will find a restaurant menu that will feature a “Lenten Diet’ and even more unlikely that our local newspaper will offer a ‘Lenten Diet’ column,  best stick to the fish.

On St. Patrick’s Day, break the ‘Lenten Fast’   it is all about the parades, dancing, drinking, and feasting!