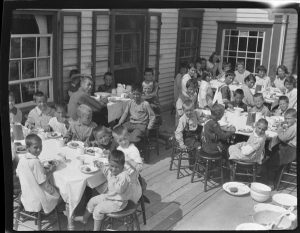 Guy Fawkes Night is celebrated annually on November 5th. The origin of this celebration stems from events which took place in 1605, a conspiracy known as “The Gunpowder Plot,” intended to take place on November 5th (the day set for the opening of Parliament). The object of The Gunpowder Plot was to blow up English Parliament along with the ruling monarch, King James I. It was hoped that such a disaster would initiate a great uprising of English Catholics, who were distressed by the increased severity of penal laws against the practice of their religion.

The conspirators, who began plotting early in 1604, eventually expanded their members to a point where secrecy was impossible. While the plot itself was the work of a small number of men, it provoked hostility against all British Catholics and led to an increase in the harshness of laws against them. Even to this day, it is the law that no Roman Catholic may hold the office of monarch and the reigning king or queen remains Supreme Head of the Church of England.

It is believed that the very night the Gunpowder Plot was thwarted in 1605, bonfires were lit in London to celebrate its defeat of the Catholics. As early as 1607, there is a record of bonfire celebrations taking place in Bristol.

Traditionally in Newfoundland, November 5th was the big celebration for the Anglicans. The Catholics never took part. With the passage of time the tradition gradually became established in Catholic communities.

The newspapers of the day and oral interviews report that  “They (Protestants) tried to make really big bonfires, sometimes with full blubber barrels, to rile the Roman Catholic’s.”

Barrels of any sort which were left unprotected on Bonfire Night were likely ‘bucked.”  There was also the tradition in some communities that a few tar barrels were put outside for the boys who’d be going around getting stuff for the bonfire.

Guy Fawkes Night or Bonfire Night is a tradition that continues in many communities in the province.

Guy Fawkes, Guy Fawkes, t’was his intent
To blow up King and Parliament.
Three-score barrels of powder below
To prove old England’s overthrow;

Blubber Barrel a large wooden container in which cod livers or fat of whales or other large marine animals are stored are stored or placed for the rendering of the oil. (Dictionary of Newfoundland English)