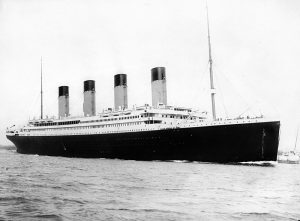 “THIS SMALL CITY (ST. JOHN’S) IS FULL OF WRECKED CREWS AND PASSENGERS.”

On (September 27, 1854) two ships collided of Cape Race, Newfoundland because of a heavy fog, killing approximately 350. For the next several weeks the eyes of the world were fixed on Newfoundland as news reporters were scrambling to find any shred of news about the passengers and crews. Lifeboats with the few survivors began to arrive in towns along the Southern Shore the following day.

The Arctic, a four year old luxury ship, piloted by Captain James Luce sailing out of Liverpool, England slammed into the steamer Vesta, an iron-hulled ship piloted by Captain Alphonse Puchesne, transporting French fishermen from St. Peter’s (now St. Pierre)  to France at the end of the summer’s fishing season.

Immediately upon impact, the Arctic released lifeboats, but many capsized in the choppy waters. Lurid tales of panic aboard the sinking ship were widely publicized in newspapers. Members of the crew had seized the lifeboats and saved themselves, leaving helpless passengers, including 80 women and children, to perish in the icy North Atlantic. It is believed 24 male passengers and about 60 crew members survived.

The first of the survivors made their way to Broad Cove, near Cape Race from there they proceeded to Renews where they began to mount a search for the wreck of the their ship. The search was headed by the local merchant Mr. Alan Goodridge of Renews.  No sign was found. Some survivors and the crew of the Vesta limped into St. John’s.  The newspapers of the day were reporting that “this small city (St. John’s) is full of wrecked crews and passengers.”

“many small vessels which were immediately undertaken in search of the steamer or of any of her boats, had returned from unsuccessful cruises, and that very little hope is entertained for the safety of any…”

The public outrage over the treatment of the women and children aboard the ship resonated for decades, and led to the familiar tradition of saving “women and children first” being enforced in other maritime disasters.

Recommended Archival Collection:  Explore the online  collection  held at The Rooms. Search the Archives from the comforts of your home:: https://www.therooms.ca/collections-research/our-collections

Recommended Archival Collection:   The Maritime History Archives, (MHA) Memorial University of Newfoundland holds a beautiful hand colored lithograph of the Arctic.  It shows the ship broke up on the rocks with passengers and crew struggling in the cold Atlantic.